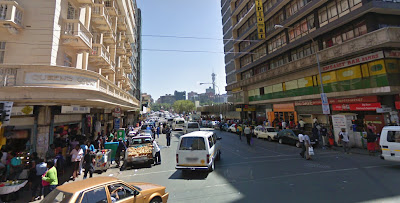 Shock fells window cleaner: A window cleaner plunged four metres onto a pavement after suffering an electric shock in Johannesburg on Thursday afternoon, said Netcare 911. Spokesperson Jeff Wicks said he was critically injured and was taken to Milpark Hospital. The incident occurred at the intersection of Small and Bree streets in Johannesburg. Wicks said the man was thought to have been thrown from his cleaning platform after making contact with an electrical transformer. 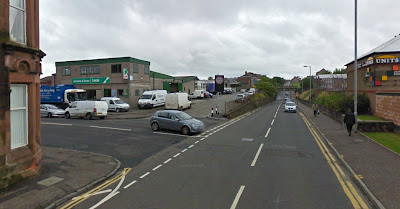 Tragic OAP was yards from home when he died: An old age pensioner was just yards from his home when he was knocked down and killed on Thursday evening. And now Alexander McClymont’s devastated family are calling on the council to make the corner where he died safer for pedestrians. Alexander, or Elky as he was known to his friends, was trying to cross the road at Bonnyton Road’s junction with Fullarton Street when the accident happened. Elky leaves a family of four children – daughters Jackie, Andrea, Audrey and son Stevie – seven grandchildren and three great-grandchildren.
The sprightly 70-year-old, who used to work at Glenfield and Kennedy, was better known in Kilmarnock as a window cleaner in the town centre. Said daughter Jackie: “Dad was a really fit man and had a lot of living left to do. He walked everywhere and I know he felt 21 inside. “This is a bad corner where dad died. The pavement runs out and he was having to cross to where it starts again. Perhaps the council should consider lights or a zebra crossing. “When we were putting flowers down another elderly man was trying to cross the road and he was almost hit too.”
The family are still in shock over their dad’s sudden passing, but want to give their thanks to the people who came to his aid following the accident. Added Jackie: “We think dad probably died either at the scene or shortly before he arrived at hospital, but we haven’t all the details yet. “We do know that there were people there helping him and we want to sincerely thank everyone who was with him. We are really grateful.”
Posted by Karl Robinson at Thursday, March 31, 2011