Have you ever wondered how the top water fed poles compete against each other? You’re not alone! Window Cleaning Resource has come up with a handy way to compare your favorite water fed pole brands. Check out the live comparison sheet below!

To compare the brands even further check out the link below. Sort, compare, analyze and crunch the stats of your favorite WFPs! Sort by brand, product name, material, actual length, type, weight, compacted length, # of sections or price. 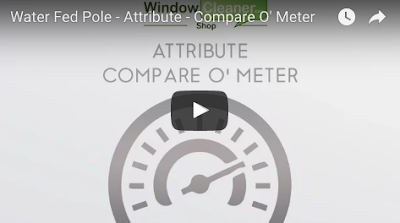 Check out this video on the Moerman Liquidator. In celebration of the release of the Liquidator channel back in April, Moerman released some time-saving tips and tricks! Its design comes close to eliminating detailing. You can cut down on almost all wiping of window frames and edges.

Here are some Liquidator suggestions straight from Moerman:

1. Place your original Liquidator rubber in the middle of the channel
2. Use enough detergent, preferably directly on the sleeve
3. Put minimum pressure and it floats like air
4. Get a feel for the right angle of attack
5. No detailing of the window

Check out the full video below! 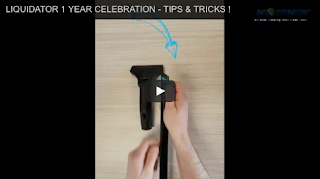 Last year they brought you the Liquidator, this year Moerman plans to release "The Combinator." The new 3 part window cleaning squeegee comes highly anticipated. It has the same great features as the Liquidator with all new longer lasting ending clips. It is ideal for pole work, residential and even store fronts. It is component based which allows customization according to your budget and needs.

Live from Norfolk, Va, a 24-year-old man fell 10 stories from a Newport News high-rise building on Friday. Read the official article here. Luckily, he is expected to make a full recovery. He is currently wearing a body cast and has a broken arm, broken foot, broken back bones and bruises on his lungs and heart.

Officials say he fell from the Maritime Square building which is near 26th Street and Washington Avenue. The incident happened around 1:45 p.m. on Sept. 9 while he was window cleaning.

Martin Stanford says he remembers free-falling and then having a tough time opening his eyes at the hospital. He doesn’t recall the impact. “When I first started dropping, I saw how high up I was,” he says. “The first thing I thought was that I’m about to die, and then I woke up in the hospital and I was still alive.” Stanford says he started repelling from buildings five days before the incident.

The Virginia Department of Labor and Industry is currently conducting an open case to investigate what went wrong.

Alex takes a look at the new Northern Lite Water Fed Pole from our friends up North! The Northern Lite water fed pole is a great 2-3 story water fed pole for residential or commercial window cleaning. With a short collapsed length of only 63", a true length of 29' and a reach of 32'.  Weighing only 5.6lbs without the brush this is a very user friendly water fed pole. Comes complete with brush, tubing, angle adapter and fittings. More details in the video below! 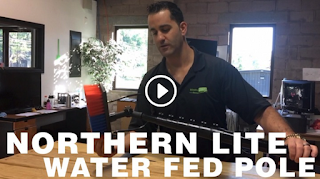 In a recent news story by the Calgary Herald, a few super heros including Spiderman, The Hulk, Ironman and Thor, washed some of the windows on the Alberta Children’s Hospital in Calgary on Wednesday, Aug. 24, 2016. The kids thoroughly enjoyed the experience while they cleaned the windows of the hospital’s exterior. Fullerton, senior operating officer with Alberta Children’s Hospital, said patients were “so excited” to see the superheroes sliding down the building.

Fullerton went on to say, “They’re either in the hospital or visiting one of our specialty clinics, and imagine their surprise to look out the window and see these superheroes washing our windows for us,” she said. “So it’s really made it a special day here at the hospital for our children and families.”

The report continued on to say how grateful the hospital is for the community. “It just means the world to our patients and families,” Fullterton said.