Greek ministry 'covered up Egyptian window cleaner death: Greece's labour ministry came under fire on Tuesday for allegedly covering up the death of an Egyptian window cleaner in a fatal fall at one of its buildings over a week ago. Greek newspapers said the ministry was keeping mum on the death of Asiz Emad who died on December 19 after losing his balance and falling from the third floor of the ministry's central offices in Athens. "The labour ministry has blood on its windows," charged left-wing Avgi daily.
The greater Athens union of cleaners (Pekop) has accused the ministry of trying to cover up Emad's death and demanded to know why the father of four was working on a Sunday in violation of his contract. A protest is to be held outside the ministry on Wednesday. The ministry could not be reached for comment. A spokesman for the state labour inspectorate told Kathimerini daily that legal action has been initiated against the cleaning contractor.
In a break with usual practice, no announcement was made on Emad's death because the competent employee was on vacation, the inspectorate said. Over 60 people have been officially recorded as work-related casualties in Greece this year, Communist daily Rizospastis said. 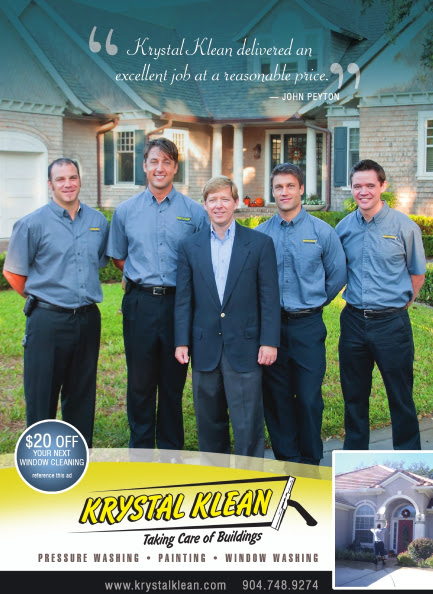 Mayor John Peyton, Celebrity Endorser? Jacksonville Mayor John Peyton has another accomplishment to add to his resume, that of celebrity endorser. The mayor, who will leave office next summer, appeared in print ads for Krystal Klean, a Jacksonville company that provides pressure washing and window washing services, over the Christmas weekend. The ad, which ran in the Florida Times-Union on December 24, 26 and 27, apparently took the mayor by surprise.
"When the workers were present they asked to take a photo and get his feedback to use as a testament to their work with potential new customers," said Jennifer Savage, a spokesman for the mayor's office. The mayor, it seems, didn't intend for his personal testimony to be used as advertisement for the company. His spokesman said he's asked the company to refrain from running the ad in the future.

Paterson vetoes prevailing wage legislation: MAYVILLE - A veto signed Thursday by Governor David Paterson was good news to Chautauqua County IDA Director Bill Daly. The legislation, which had passed the state Senate and Assembly, would have broadened prevailing wage requirements for contract service workers at public agencies. That wouldn't have been beneficial for the state as a whole, Daly said prior to the veto. "This was a wonderful, wonderful early Christmas present for the people in the state of New York," Daly said Thursday. "For the workers in the state of New York, for job seekers, for our economy - it sends a big message."
In specific, the legislation would have required utility companies and public agencies such as IDAs to pay prevailing wages to services workers such as janitors, security guards, handymen, gardeners and window cleaners. After having passed the Senate, the legislation subsequently passed the Assembly and continued on to Paterson. On Dec. 2, Daly sent a mass e-mail explaining his opposition and calling on people to petition the governor for a veto. "All the pressure from IDAs, economic development, business councils and not-for-profits paid off," Daly said after the veto.
Several vetoes were actually signed by Paterson regarding the issue - the Senate's version, the Assembly's version and the chapter amendments. "In sum," Paterson writes in the veto message, "while I respect and admire the intentions of the sponsors and supporters of this legislation, I fear its impact on the economic well-being of our state at a particularly perilous moment."
Posted by Karl Robinson at Tuesday, December 28, 2010