Hanging Christmas lights; sign of economic recovery? WAYZATA, Minnesota. - A blast of winter weather is all many folks need to turn on that holiday spirit and the holiday lights. "We really try to get them up as soon as we can so they can flip the switch the day after Thanksgiving," says David Felt, owner of Russel Williams. For David Felt, Christmas-time is business-time. The business grad from Bethel University started his own home service company in 2006. Russell Williams does window cleaning in the summer and lights in the winter. 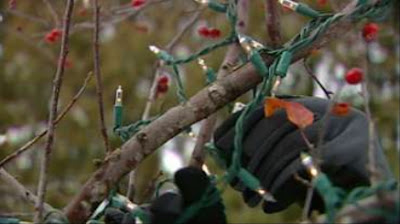 And at a time when many businesses are still struggling, his company is growing, starting with three employees four years ago. "Since then we've added crews every year and now we're up to 10 full time employees," say David. David has noticed people spending their money differently, and while he knows many of his customers do have a bit extra to spend, they've been selective. "They wanted to make sure that they were going to get the most value for their dollar," says David. 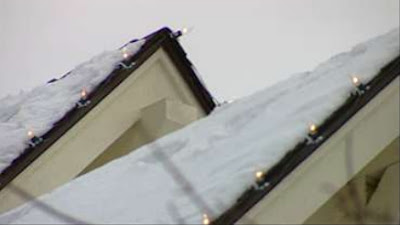 Russell Williams has weathered the economic storm and come out glowing. Last year, business was up nearly 50 percent. It is one success story and perhaps one sign the economy is turning and an indication more people might be willing to take a business chance. Last year in Minnesota, more than 60,000 new business entities registered with the Secretary of State. And Forbes Magazine recently listed the twin cities as a region that's recovering faster than most. Light by light, David Felt's company is enjoying the recovery and looking forward to even more profitable, brighter days ahead. 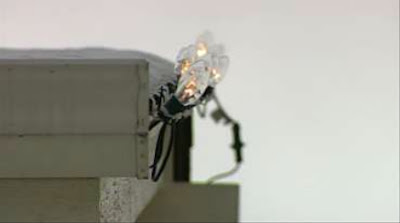 "You just have to hire the right people and you have to make sure as you grow your business that everyone is going to do the same quality of work as if you were there yourself," says David. David says every season his company installs about two million lights on homes across the metro. They do maintenance during the winter and take it all down in the spring.

Felt majored in marketing and minored in management and entrepreneurship. He started Russell Williams, a business that cleans windows in the summer and hangs lights in the winter, the same season he graduated from Bethel. "The risk and reward at that point was well worth it, and it really happened to work out," says Felt. Felt currently employs 10 people, several of which are Bethel alumni. "I'm trying to find people who have high integrity and high values, and Bethel has a lot of those people," says Felt.
Posted by Karl Robinson at Monday, December 06, 2010