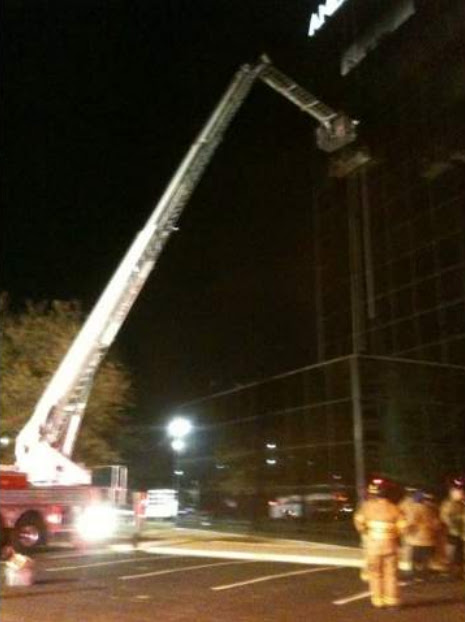 Window washers rescued after scaffolding broke in Tulsa, Oklahoma - Two men are safe after begin stuck high in the air Wednesday night. Officials tell 2NEWS the men were washing windows at the Exchange Building near 45th and Garnett. They say their scaffolding unit broke 80 feet in the air. The men were stuck on the side of the building for about 20 minutes. Firefighters had to use their ladder to get them down. 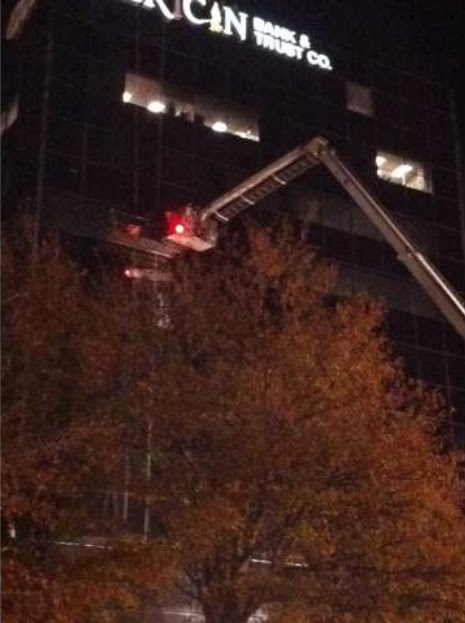