Glasgow helicopter crash: hundreds pay tribute to Clutha victims at memorial service - Hundreds of people have gathered at Glasgow Cathedral to pay tribute to the victims of the helicopter crash and offer comfort to their relatives. It has now been reported that John McGarrigle, 59, from Glasgow, a working class poet, and Mark O’Prey, 44, a window cleaner from East Kilbride, are also among the eight that have died.

Neighbour's fears for man missing after Glasgow helicopter crash: The neighbour of a man still unaccounted for after the Clutha helicopter crash has spoken about his fears for his friend's wellbeing. Mark O'Prey was last seen by friends at The Clutha on Glasgow's Stockwell Street on Friday night, shortly before a Police Scotland helicopter fell through the roof. Eight people were killed in the disaster and a further 12 remain in hospital.

On Sunday, Mr O'Prey's neighbour John Gardner told STV News that he feared the worst. He said: "Obviously, when we hear there's 14 injured, eight dead, and five from that, we are seriously concerned that it might be someone we know personally. "Now, for myself, I was thinking of friends that live in Glasgow but to find out it is actually one of my neighbours. Mark is a great guy. I speak to him frequently at the car and on the drying green."

Mr Gardner recounted Mr O'Prey's personality and his hobbies, including camping and attending festivals. He explained: "He's a big, fun guy. He likes the festivals. He's a window cleaner. I know from his Facebook that he was into judo. He would take his son and pack up all the car with camping gear and go to the Clanranald fortress, if they had an event on out in the country, and he'd set up camp. "He'd be there for a whole weekend and he'd take his son with him. They were very close and he would do as much as he could for his son during the summer. At the camping and the festivals, he would always include his son."

Mr Gardner said he had last spoken to Mr O'Prey several weeks ago. He said: "I've been busy, out and about. It's into the winter time now and he has his window-cleaning business. So I haven't actually spoken to him since over a couple of weeks. We do have a good chat when we bump into each other because we catch up. But I haven't seen him for a couple of weeks."

Helicopter Crash: Fears For 'Gentle Giant'- The family of a man who has not been seen since a police helicopter crashed into a pub in Glasgow have said they are fearing the worst. Mark O'Prey was last seen in the Clutha bar by a friend who went outside for a cigarette moments before the tragedy. His father Ian told Sky News how he dropped the phone when his daughter Louise told him the news that Mark had been inside the bar. "I could not believe it because I'd been watching it all night on television from when it happened," he said. "Here we are two days later and he's still inside. "Mark was 44, a big powerful lad, 6ft 3in and loved by everyone. "I would hope he would do the same for me if I was lying in that pub. I'd like some answers, not (to be) fobbed off."

Mark's sister Louise said her brother's phone still rings when they call it. "We've tried desperately for two days now," she said. "His phone is still ringing. His phone is ringing in that bar. "We know he was definitely in the bar with a guy who asked him to hold his drink while he went out for a cigarette. When he looked up he saw the helicopter had crashed into the building. "We had some absolutely fabulous times together. We just can't believe he could be in that situation in that pub. "He lived for his music. He was a big gentle giant who would have done anything for anyone. "We just can't bear to think we're going to have to put him to rest at the age of 44. It's so tragic."

Police Scotland said family liaison officers, who are highly specialised and trained, have been working with the O'Prey family since Saturday. In a statement, the force said: "Mark O'Prey has been reported to Police Scotland as missing and was last known to be in the pub where the helicopter came down. "Police Scotland appreciates concerns and frustrations from relatives awaiting news. We have stated publicly the priority is to remove those who were in the pub at the time of the crash and to do that safely and as quickly as we possibly can."

The mangled wreckage of the aircraft remains embedded in the middle of the Clutha as police and firefighters continue to comb through the wreckage of the building, in what has been described by police as a"complex" and "very dangerous" operation. Officers have so far named five of the nine people who died during the tragedy. PC Kirsty Nelis, 36, PC Tony Collins, 43, and civilian pilot David Traill, 51, were inside the aircraft when it smashed through the roof of the pub on Friday night.
Gary Arthur, 48, from Paisley, and Samuel McGhee, 56, from Glasgow, were also killed inside the premises after the roof collapsed, filling the venue with choking dust.

'My life was saved by smoking cigarette, but my friend is still missing' - An eyewitness to The Clutha helicopter crash has told how his life was saved by leaving the pub to go for a cigarette. But Willie Bell's friend Mark O'Prey, who stayed inside and minded his pint, has vanished in the aftermath, and is feared dead. The police helicopter crashed into the roof of the popular pub on Friday night. Eight people have been confirmed dead and 14 people are being treated in hospital for serious injuries. 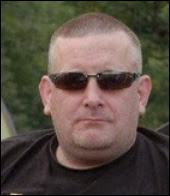 Mr Bell, 50, from East Kilbride, told the Sunday Mail: "I asked him to hold my drink. "I was standing outside with a few folk and we could hear this loud roar. "One woman thought it was a train but then another looked up and saw something falling out of the sky. "I looked up just to see this huge great object smashing onto the roof. "Everyone started screaming and made their way back inside. "The place was covered in dust and thick black smoke. People were lying injured in and covered in blood. "I haven't stopped shaking and I've not been able to eat." Mark's sister Louise told the newspaper: "Knowing Mark he would have rushed to help someone and ended up being trapped".
Posted by Karl Robinson at Monday, December 02, 2013