Robert Hunt who misplaced his arm in a motorcycle crash appeals for bionic arm funds: An amputee father who was left clinically lifeless in a motorbike crash has appealed for the general public to assist him increase cash for a brand new bionic arm so he can get again to the ‘prime of his life’. Robert Hunt, 22, from Farnborough, Hampshire, misplaced his left arm and was pressured to spend three months in hospital after crashing his Hyonsung GTR250 motorbike in to a lamp post.

The window cleaner’s limb needed to be minimized off on the shoulder after his primary artery was severed and he additionally suffered a near fatal coronary heart assault following the crash in Sandhurst, Berkshire, in November. Mr Hunt, was put in to a three-week induced coma at St George’s Hospital in London. He additionally dislocated his knee and suffered ligament injury in the devastating accident, which occurred as he tried to swerve right in the rain. 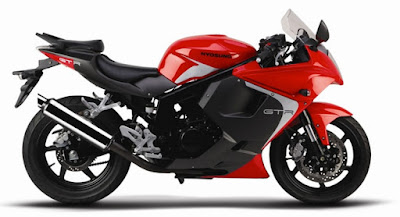 He’s now on anti-depressants after struggling to adapt to the NHS prosthetic arm he acquired after the crash, and seeks £13,000 to pay for a carbon fibre alternative limb. Mr Hunt, who had been driving motorbikes on the roads for a year after driving off-road as a teenager, stated the lack of the arm has turned normal duties into a chore. And he says the aluminium prosthetic that he was issued by the NHS rubs the scarring on his arm, leaving him in agony. ‘I’ve seen some movies of men with these arms and what they do is superb.’

Sandhurst dad launches campaign to get bionic arm after motorbike crash: A former window cleaner who was in a near fatal motorbike accident in Sandhurst has launched an online campaign to help him get a bionic arm. Robert Hunt suffered life-threatening injuries and had to spend three months in hospital following a collision with a lamppost in November 2014.

The 22-year-old, who grew up in Bracknell , had his whole arm amputated as a result of the crash. The father-of-one has since had surgery at Queen Mary's Hospital in London and it was there where he saw someone with a bionic arm. After being told it was not possible to get one on the NHS, Hunt was told he needed to pay around £13,000 for one. He said: "It would be life-changing for me. Basic things become impossible and I can't do sports like I used to.

"It's been a pretty hard year to say the least but getting a bionic arm would help me get some sort of control over my life again. "I was in extremely good shape so to go from being like that to becoming disabled is something I'm still coming to terms with. "Most importantly having a bionic arm means I would be able to live with my daughter Sapphire again.

"I'm living with my dad at the moment because I can't live with her due to my injuries. I just can't care for her properly anymore. "I'm missing her growing up and she doesn't understand why she can't be with her daddy all the time."

Hunt has had counselling and therapy over the last year following his release from hospital. He was initially given a fake arm but feels a bionic arm would give him much more flexibility to feel like 'a normal person' again. "I technically died because my heart stopped when I was in hospital," he said.
"I've now got scars all over my body and had six out of the eight surgeries - I'm still building up strength in my knee so there's a way to go yet.

"The problem with the fake arm was is that it doesn't move or anything, it's just an aluminium counterweight. "It rubs on my scars so hurts to wear and I feel like it's holding me back a lot. "I would love a bionic arm to feel like a normal person again but unfortunately it's not covered by the NHS and there's no way I can find that sort of money myself." If you would like to donate to Robert's campaign, go to his fundraising page here. 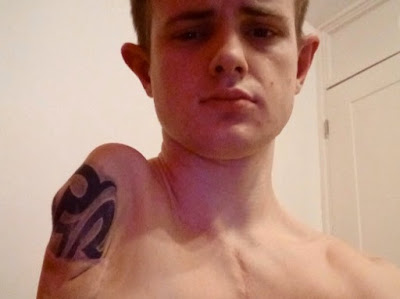