Another installment from Mark Strange of "Beautiful View" from Toronto, Canada gives us a few more unbiased reviews of products in the window cleaners workplace. This time his opinion on Ettore & Unger swivel 'T' bars in this weeks edition of "Tool Talk."

Window cleaner Phil adds festive sparkle to work: Santa Claus is coming to town bearing a sponge a ladder and a bucket of water. East Ayton window cleaner Phil Milner is bringing some festive cheer to his customers as he gets their windows sparkling brighter than the tinsel on their tree. The 38 year old, who has owned Crystal Clear window cleaning services since 1987, is donning the traditional red suit and fluffy beard while cleaning windows in and around Scarborough. Mr Milner said: "Business has going through a bit of a quiet patch recently so I thought I'd get into the festive spirit and try to give it a boost. "If anyone wants me to dress up all they have to do is give me a ring and let me know. "I've decorated the van too so I'm fairly noticeable driving around town. At the end of the day it's all a bit of fun for Christmas." Mr Milner has been cleaning windows in the Scarborough area for five years after moving from Bradford. He says he works a large patch covering almost all of the east Yorkshire coast. He said: "I'm building up a good business in Scarborough. I now use a pole system which mean I can work a lot quicker, more safely, and provide a better service. "However I also use the traditional ladders for a few of my customers as that is what they prefer."

Hordes of shoppers are pouring into Woolworths stores this morning (December 11) in search of a bargain as the beloved high street shop holds its closing down sale. The historic chain, which has branches across the News Shopper area, collapsed last month after a rescue deal fell through. Woolies’ administrator Deloitte announced the sale yesterday leading to shoppers braving the cold to try and get a bargain. The branch of the chain in Queensway, Petts Wood, is full of people looking for cheap deals. Terry Gill, of Poverest Road, Poverest, went there to see if there were any bargains on window cleaning products. The 67-year-old window cleaner is sad to see the shop closing down. Mr Gill said: “It is sad to see Woolworths going because I have known them since I was a kid. “I used to go in to get paint and chocolate, that sort of thing.”

Aviva has announced it will give Australians in high-risk occupations and non-working spouses the opportunity to be covered under a new Income Daily Living product. Occupations traditionally classified as too risky, such as labourers, window cleaners and motorcycle couriers, will now be eligible for income protection. The new product provides a benefit of up to $5,000 per month in the event of the insured not being able to perform two out of the five activities of daily living, as well as six times the monthly benefit in the event of a defined critical condition occurring. 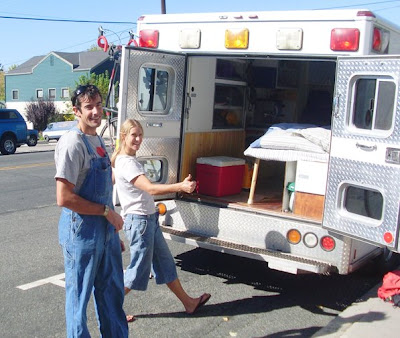 Mount Shasta, Calif: Whether it’s road tripping through the American West in an ambulance/RV that runs on waste vegetable oil, bike touring around Cuba, mountain guiding in the Andes, Himalayas, or New Guinea, or helicopter ski guiding in Alaska, life-long Mount Shasta resident David Marchi has chosen a “road less traveled.” It is a journey that has him regularly crisscrossing the globe in what could be construed as a non-stop adventure. When he is not off in some far-flung corner of the world, Marchi spends his time working as a climbing guide for Shasta Mountain Guides and running his window washing business, which he often conducts from a bicycle converted to transport all of the necessary equipment. The ever-jovial adventurer and entrepreneur can often be seen pedaling his bike around Mt. Shasta or ski touring on the mountain he calls home. Earlier this fall Marchi was passing through town before beginning a series of excursions that would keep him on the road through the end of the year. His “short list” of exploits would satisfy some for a lifetime. Among them (and perhaps the most significant of all) was his recent engagement to Petit Pinson, a fellow traveler, explorer and “bon vivant,” whose curricula vitae of adventure matches Marchi’s in every way. This dynamic duo recently embarked upon a journey in their ambulance/RV, dubbed “Ekawa” (when viewed in a rear view mirror, a motorist sees its as “Awake”), which Marchi had converted to run on waste vegetable oil. The two were headed off on a six-week road trip in this eco-friendly RV to promote their newly founded international guide business Global Lines. The ambulance is equipped with comfortable living space for two that includes, among other things, a restaurant grade espresso maker, recycled hardwood flooring provided by Terramai of McCloud, and an LCD projector that will allow the couple to host slide shows on the side of the vehicle. The goal of their trip was to promote their newfound business and, more generally, the spirit of adventure, connection, and awareness that is close to their hearts. If the two are able to locate the necessary waste cooking oil, which is typically available from most restaurants, the cost of running the vehicle is zero. If in a pinch, regular diesel fuel can be used.

The Santaland Diaries: Before his breakthrough, Sedaris looked to most people, starting with his family, to be a hopeless, unemployable loser, which is why he applied to be a Macy’s elf at age 33. The only thing he was good at was cleaning houses: He did windows. And he also kept a diary, which has prescribed the literary form of all his later writing. With the help of his sister Amy, an accomplished actress cited in Santaland, Sedaris started reading his material in a Chicago coffeehouse, where he was heard by some executives from NPR. They aired the narrative early in the day, which caused such a reaction as to burn up the switchboard (this was before the rise of e-mail). Before the day was over, literally by heated public demand, Santaland was broadcast a second time. And Chicago lost a great window cleaner. Confessions of a window washer; Wade McCollum (pictured) in Syracuse Stage’s The Santaland Diaries.

BidMyCleaning launches Gift Certificates For Holiday Gift Buying Season: A gift certificate may in fact be the ideal gift since according to the National Retail Federation's sixth annual gift card survey conducted by BIGresearch, 54.9 percent of consumers would like to receive gift cards this holiday season. Friends, family members and loved ones will be more than happy to receive a gift certificate in these difficult financial times, and even happier to use a gift certificate from BidMyCleaning to take some of the load off their already jam-packed to-do lists. The gift certificates are sold online in any amount from $30 to $1000 and can be redeemed for maid service, window cleaning and carpet cleaning. In just three easy steps a customized gift certificate, complete with a personalized message will be on its way to your recipient. A formatted gift certificate e-mail confirmation can be printed instantly at home to be hand delivered to the recipient or the default option will email the gift certificate to the recipient. Once received, a link on the email makes it easy for the recipient to visit BidMyCleaning to schedule their cleaning service when they are ready. There are a wide range of denominations available to accommodate a gift purchase for a whole house cleaning at around $200 for the average single family home, regular maid service for a period of time at perhaps $1000 or a starting contribution towards a service at a lower amount like $30. The cost of cleaning is tailored to the specific size, condition and location of the home but a recipient of a BidMyCleaning gift certificate is able to view a range of instant bids from local service providers in order to choose one that suits them before redeeming the gift certificate.
Posted by Karl Robinson at Thursday, December 11, 2008