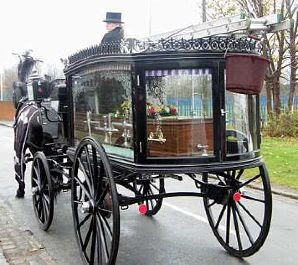 With the tools of his trade - a metal ladder and plastic bucket - tethered to the roof, just as they had been during his decades as a much-loved window cleaner, Tony Durrant went on his final round. More than a hundred gathered to say a fond farewell following the sad death of a Salford legend known for much more than just his family trade. But it was a homage to his window cleaning business which formed the centrepiece of his horse-drawn hearse.
The mourners flocked towards St Michael's All Angels Church in Liverpool Road, Eccles to pay their respects after Tony passed away on November 19, losing a battle with lung cancer.
The father-of-two had run his self-named family business from his Peel Green home in Gorton Street for 40 years and his family had lived in Salford since the 1920s. He was a popular member of the Eccles community. 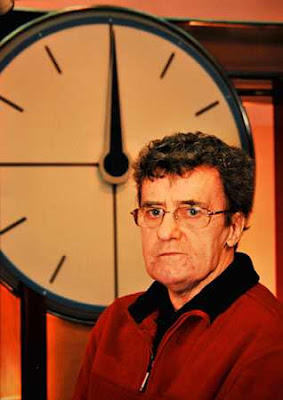 Family members decided to put ladders and a bucket belonging to the 64-year-old window cleaner on top of an elegant horse drawn glass carriage which carried his coffin to Peel Green cemetery, making it a poignant moment for the 150 mourners that followed. After playing pool for England, Tony had set up a local pool team for Eccles. He was also hailed a maths ‘genius’ and won three rounds of the popular TV quiz show Countdown.
Tony passed away just 18 weeks after his wife, Yvonne, sadly lost her battle with cancer.
He left behind his daughter, Kay, 42, and 21-year-old son Richard, as well as two grandchildren and sister Jean. Kay said: "He was diagnosed with lung cancer 12 weeks ago and was given 12 weeks from diagnosis to death. "In 2003 he was also diagnosed with amaloydosis, a very rare condition which meant he had to travel to London for treatment. "He was an absolute genius at maths - he was much better than Carol Vorderman." During his life, Tony was known for his generosity in the community and the unexpected masses of mourners were made up of old friends he knew through his heyday years spent playing pool in the pubs throughout Eccles.
Tony was also the man behind a mystery £1,000 donation made last year to the terminally-ill Eccles girl, Sophie Vigne, who was able to enjoy the holiday of a lifetime thanks to his generosity.
Kay said: "He was always straight with people but also a bit of a softy.
"His saying was ‘don't be greedy’. "He just wanted to have enough money to look after himself, and the rest he gave to others. "I read a eulogy at the funeral - it was a really heartfelt one and I smiled because while I was reading it my auntie Jean said: ‘I think there's a man from every pub in Eccles here.’" It is hoped Tony's window cleaning company will be passed on through the family and his son Richard (pictured below) will carry on window cleaning under the name Tony Durrant and Son.
Richard said: "I‘m going to miss my dad, he was my best friend and I hope that through taking on the family business, I can do the best I can for him." 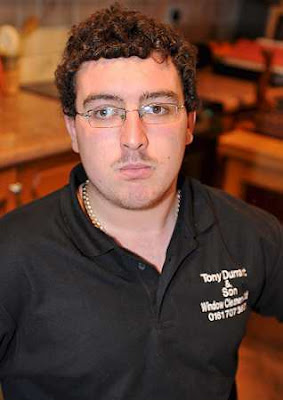