World wide window cleaning in Hawaii was formed by joining "Dino's window cleaning" & "the window window man" starting with 3 owners & 2 employees in 1998. Now it is the largest highrise window cleaning company in Hawaii. They have a great gallery of pictures on their website, which can be seen here. Dino Pertzoff of Worldwide has been summoned to give a few T.V. interviews since rising to fame when he was featured in Mike Rowe's "Dirty Jobs" series. There may be a reality T.V show on the horizon featuring Dino & his competitors in Hawaii, this time called "the Drop." Who knows if it makes it past it's pilot episode it could be great insight & entertainment for window cleaners... Worldwide! 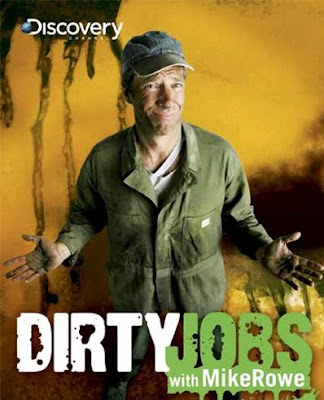 "DIRTY JOBS" - Is there any job that is just off limits to the show or to Mike? Eddie Barbini (producer of "dirty jobs") - " Not really." "We haven't turned down a job yet." "Mike is always game for whatever is up as long as it's not dangerous but he walks that fine line putting himself in situations that you just think 'How is this guy going to do this?'" "Last week, what aired is the window-washing segment in Hawaii." "Mike washes windows on an over 400 foot skyscraper in Hawaii." "He washes it not in the traditional way on scaffolding but he's actually in a little swing seat that he goes down with pulleys along the side of the building." "I'll tell you that it's frightening." "Our cameraman wouldn't even go on and backed out of it." "Actually, it'll rank up there at the top as one of the dirtiest jobs even though it's not dirty in the sense of dirt but the characters are phenomenal and the experience is phenomenal and Mike is hysterical in it."