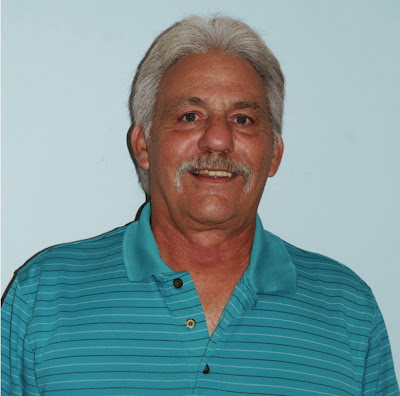 Don Chute died a little after midnight this morning, after many days of knowing his passing would come. He was an industry legend in his own right, moving in the window cleaning circles in the United States & known as "Mr Water Fed Pole." He was in attendance at most window cleaning conferences & was always willing to give out information to whoever approached him.

He was following in the footsteps 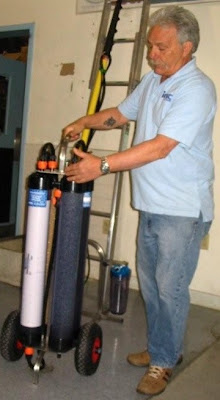 of his late buddy Jim Willingham as product specialist at the 99-year old J. Racenstein Company. While his main emphasis was in water-fed poles (WFP), Don has had a long and accomplished career in the window cleaning industry. He started his own company in 1984 and grew it to 8 employees. Don sold out to Maury Benamy in 2004 so he could pursue something he learned from Jim Willingham, WFPs. From 2004 to 2006 Don represented the IPC Eagle line of WFP equipment to the industry until joining Ionic Systems out of the UK. But when Ionic decided to leave the US market recently, Don signed up with J. Racenstein. Incidentally, Jim’s wife Jacinda Willingham knew Jim would be happy to have Don take on this role with JRC.”

Don & his wife Holly joined the IWCA at the first convention in 1989. He served on the board of directors and as chairman of the residential committee. He had worked tirelessly to get the voice of the route residential window cleaner heard. He remained an advocate for window cleaners all over the country and had been known to answer the phone at 9 o’clock on a Saturday night to trouble shoot a problem for someone on the west coast. 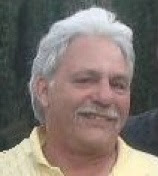 The Window Cleaning Hall of Fame 2009: Don Chute started in the window cleaning business in Atlanta GA in 1984. He arrived there in June of that year. In July, two major events happened in his life. He met the woman who became his wife, and started a window cleaning business. Atlanta was a boom town then. It was relatively easy to get the business going. However, it wasn't easy getting information on window cleaning. There was no Internet...cell phones weren't on the market yet!

With only a months experience under his belt, it was a bit difficult planning jobs and time. His plan was to work in smaller homes for a year so I could get enough experience to move on. By August of 1984, he had an employee, a month later another. Getting the jobs wasn't a problem for Don...scheduling was. His soon to be wife was very helpful here. She could read a map better then most people can read the paper! Every evening she made the schedule. She also helped on weekends.

In 1985, Don met a window cleaner who worked for his brother in law. One night he went to watch this window cleaner play softball. There he introduced me to his brother in law. A great guy and my first real help in the industry. He gave me a Racenstein catalog. Don thought, Wow look at all those tools!!! The first improvement was to get rid of the stick pole and get telescoping extension poles. Of course it took a while to learn to use them. In 1986 Don's wonderful wife, Holly, took a years leave of absence from her job, chef at the Georgia's governor's mansion and joined the business. The second crew was borne. Along the way, he learned about gutter cleaning, pressure washing and chimney sweeping.Don's advertising changed to accommodate the new services.

Holly became very good at sales....they were a great team. She and Don worked with the crews, did the estimating and sales. A 12 hour day was a short one. Fast forward to February 1989. It was a rainy day and they were getting haircuts. Don remembered reading something in the American Window Cleaner (a gift from Racenstein) about a window cleaning event in Orlando FL. Don asked Holly if she remembered it. She said, "Yes, it starts tomorrow". Do you want to go? Don asked. Well they went home and took a nap. By midnight we were packed and on the road. Close to the FL border they checked into a motel for another nap. Timing was good. They arrived at the hotel around 8:00am, in time to register. What an amazing event! A hotel full of window cleaners all talking shop. The trade show absolute memorized Don!

They continued to go to conventions. It provided a winter break and allowed them to renew acquaintances of those that are now good friends. There was something missing....not a lot there for route/residential companies. Don complained about that, rather loudly. Don wrote his first piece in the American Window Cleaner about it. He was told by the president Larry Colufetti to do something about it. Don began attending board meetings and volunteering at conventions, gave a seminar or two. Eventually he got elected to the board of directors. The entire residential committee was one person! It took a while to catch on to board life. By the end of my term, Don managed to get the residential safety program in place. He had some great guys on the committee then as well. 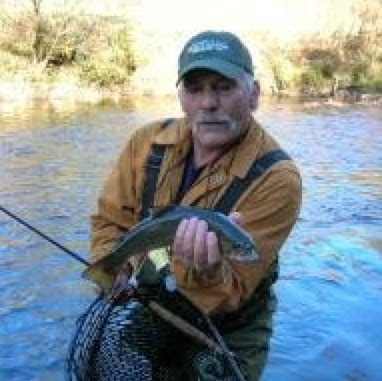 s Don correctly, in June of 1999, his good friend Jim Willingham was in town at the ISSA trade show with Ettore. Jim called and asked if Don would like a demo with this new fangled pure water thingy. Don called a neighbor and asked her if she would mind me doing her outside windows for free. These were all true divided lites. By the time Jim finished the third window, Don knew that the only way Jim would get that equipment away from him would be to fight for it!! The light went on...and never dimmed. Not only did Don become an advocate of pure water technology, He got involved in it. Went on many road trips teaching and selling pure water technology.

Don Traveled to England and learned new technology from Ionics and became the President of Ionics in America. They started the American Window Cleaning Academy, similar to The British Window Cleaning Academy. But America is a different creature than England. And it did not work as well here. If you have gone to any of the IWCA trade shows, you have seen Don and his wonderful wife in the IPC Eagle trade show booth demonstrating all of the latest products in this field. Don is at the end of his career now, no more window cleaning. Somehow he cannot put out the pure water fire that burns within him. Don had traveled a lot for Master Window Cleaners of America doing sales and pure water seminars.
Posted by Karl Robinson at Wednesday, September 01, 2010

Thanks for sharing this informative blog post.There are many who require such type of Information. Keep up the fantastic work!

I will also recommend some of my friends.