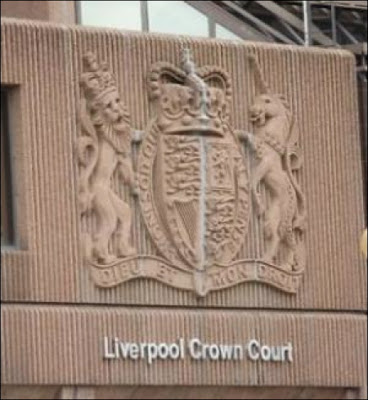 Window cleaner gets six months in jail after overcharging pensioner £8: A window cleaner who let “temptation get the better of him” and cheated a vulnerable pensioner was today starting a six-month jail sentence. Liverpool Crown Court heard that 26-year-old Jamie David had cleaned the windows at the home of the 82-year-old woman - but then took advantage of her vulnerability to get extra cash out of her.

On one occasion he kept £3 she had overpaid him for carrying out the service. He then returned and charged her £5, but failed to carry out the work. Judge Brian Lewis told him, “You stole or defrauded from her £8 - a trifling amount, of course, but this case isn't about money, it is about the exploitation of the elderly and vulnerable in our society. “These were mean offences for which your remorse has been limited. "The message must go out that people who target our elderly and vulnerable in this way will face immediate imprisonment.”

The court heard that at the time David, a persistent shoplifter, was the subject of a community sentence. Joanne Maxwell, prosecuting, told the court David began cleaning windows in the Eastham area in April. But when the pensioner paid David too much for his services he held on to the extra £3. He then returned and charged her £5 to clean the insides of her windows, but he never carried out the job. His offending eventually came to light after her home on Darleydale Drive, was burgled. She reported the loss of her purse to her daughter, who alerted the police.

After being arrested David of Ribblesdale Close, Eastham, admitted two offences of fraud, but denied burglary, a charge which has been dropped. Defence barrister Jonathan Duffy, said that David, who has a ten-month old son, had “legitimately” worked as a window cleaner. “Having provided a service for proper payment temptation got the better of him," he explained.
Posted by Karl Robinson at Thursday, December 01, 2011