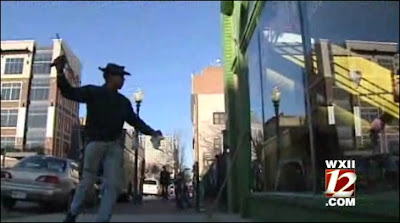 Window Washer Brings TV Character Back To Life: GREENSBORO, N.C. - A local window cleaner said he washes windows with a gun strapped to his hip. Greensboro resident Larry Lash said he is a fan of Steve McQueen and his TV show, "Wanted Dead or Alive." The show ran on CBS from 1958 to 1961. Lash, 61, has a replica of a cut down 1892 Winchester, similar to the one McQueen used in his show. "It looks very real, that’s why I love it. The bullets are real," Lash said. 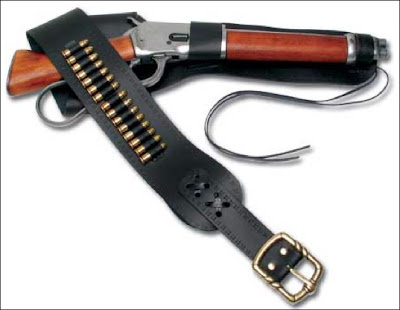 Lash and his gun are quite a sight on the downtown streets where he works. "Some think it is cool (and) they like my style. Some are scared, too," Lash said. He said the gun is a conversation piece. "The old timers know what it is. The young don’t know who Steve McQueen is," Lash said. Lash said McQueen was a rebel. "He was his own man. He is someone to emulate," Lash said. "He wasn’t intimidated. He was a cool guy." 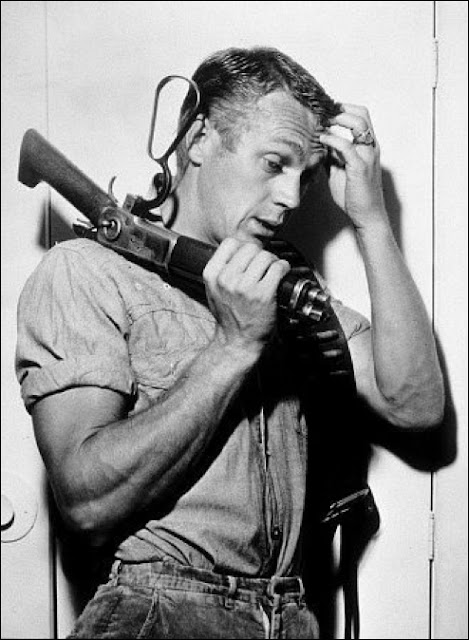