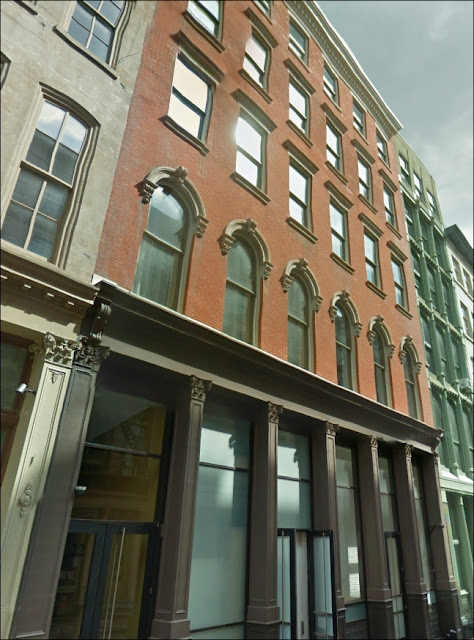 Window Washer Critically Injured in Mercer Street Fall: A window washer was critically injured in a three-story plunge from a SoHo building Thursday afternoon, officials said. The fall occurred at 22 Mercer St., near Howard Street, at 2:06 p.m., according to the FDNY and NYPD. The 50-year-old worker, who suffered fractures to both of his legs in the apparently accidental fall from the third story window, was taken to Bellevue Hospital in critical condition, according to police.
Brian Bennett, a doorman at the building, said that he heard a thud and then heard a postal worker yelling for help. "Oh my God, call 911," he recalled the woman saying. Bennett, who said that the worker did not fall from his building, went outside and found the man lying on the ground with one of his legs contorted. “He was unconscious, but he was breathing," said Bennett. "One of his legs was definitely broken. I was shocked." Also here. 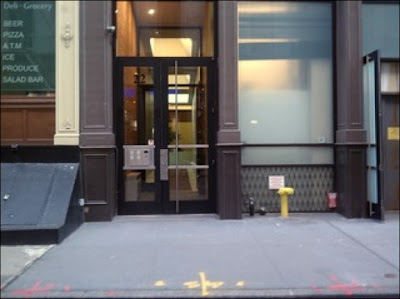 Manhattan: 22 Mercer St. Worker fell out from a window from the 3 floor of a building. Being transported with CPR in progress.
Posted by Karl Robinson at Friday, December 23, 2011