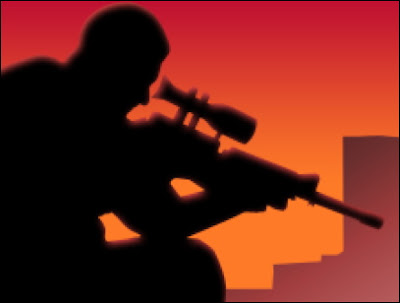 Wife forgives window cleaner husband despite hitman hire attempt: A window cleaner hire boss has been forgiven by his wife who has vowed to take him back despite his admitting to attempting to hire a hitman, and repeated attempts at poisoning her. 45-year-old Graeme Dust, who runs a window cleaning hire business from his home in Enfield along with his wife, was caught out by police following a tip-off when a plain closed police office posed as a fake hitman. Mr Dust has admitted trying to organise the murder of his wife in a conversation with the policeman, who Mr Dust believed was a killer for hire.
The meeting with the fake hitman came after 6 months of botched attempts by the defendant to poison his wife by lacing her tea with dangerous levels of sleeping tablets. The defendant’s wife and victim at the centre of the case, 46-year-old Nina Dust, was in court at the Old Bailey in London this week to hear her husband admit to soliciting murder and the administration of noxious substances with intent. The court learned that Mrs Dust had visited the defendant in prison and that there was a wish on her part to reconcile with estranged husband, despite his recent actions.
Mr Dust has pleaded not guilty to attempted murder, this was not been challenged by the prosecution after Mrs Dust revealed she would not supportive of this. The window cleaner hire business owner has no criminal record previous to this incident, although he does have a history of depression. Mr Dust will be sentenced in September pending psychiatric reports.

Wife vows to take back husband who tried to hire a hitman to kill her: A wife today pledged to take back her window cleaner husband even though he has admitted trying to hire a hitman to kill her. Graeme Dust, 45, tried to poison his wife Nina over six months by spiking her tea and hot chocolate with sleeping tablets, the Old Bailey heard. Then he attempted to take out a contract on her life only to discover that the would-be assassin was a policeman.
Today she watched from the public gallery as Dust pleaded guilty to administering a poisonous substance with intent and soliciting murder in October last year. He had originally been charged with attempted murder but today prosecutors accepted his not guilty plea. After "careful consideration" and discussions with Mrs Dust, they decided to leave the charge on the file and substitute an alternative count of poisoning. 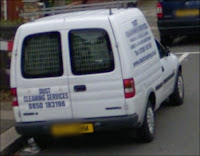 The couple are partners in a window cleaning business run from their Enfield home. Prosecutor David Markham said there had been a series of "suspicious incidents" between October last year and April when Mrs Dust "experienced or tasted bitterness" in her drinks. Forensic tests revealed that Dust had been spiking them. As a result of a tip-off to police by a member of the public the Met's Serious Crime Directorate launched an inquiry which led to Dust meeting an undercover officer in April. He was recorded in a car attempting to arrange the murder of his partner, the court heard.
James Scobie, defending, said: "From the recording of the conversation in the vehicle with the undercover officer and this defendant it is clear the discussion is with a view to the murder of his wife." The court heard Dust had a history of depression and other issues but no previous convictions. Mrs Dust, also 45, had shown a "clear determination on her part" to reconcile with him and has visited him in prison. Dust, who appeared by videolink, was remanded in custody for reports and will be sentenced next month.
Posted by Karl Robinson at Sunday, August 07, 2011