The real-life spidermen: Many of us know all about the Spiderman movies. But did you know there are some real spidermen out there, braving some truly jaw-dropping heights? Cleaning skyscrapers is truly a job for superheroes. At the Canton Tower, in Guangzhou, the highest tower in China, these real-life spidermen took the risks up there just to give the thousands of tourists a better view. 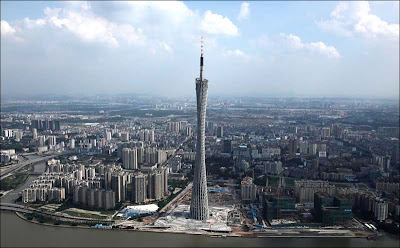 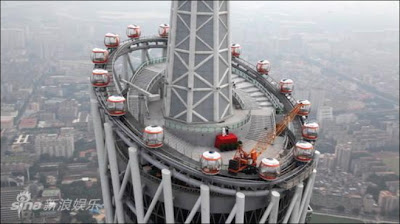 Mission impossible? No. Tom Cruise? No. But these "Spidermen" are still superheroes to many. Working up at the 108th floor, we find one very experienced "Spiderman", Pu Xianlin. "I was very afraid the first time I stood on the roof and looked down. It's really high," said Pu, a window cleaner for the Canton Tower. There are ropes and boards to keep them safe. But the "spidermen" use their hands to walk, with special suction pads to fix themselves to the glass. The swinging ropes make the job even more dangerous.

A cleaner may not be a lofty job in many people's eyes. But Pu Xianlin's son thinks his father is a brave superhero. "When I take my son out, I tell him I've washed this building and that one. He always gets exited and tells me he feels proud of me," Pu said. Pu Xianlin says he takes a photo at every building he cleans. He may not always be able to afford the high ticket prices, but he can at least show his son some stunning pictures.

Three days of action to close the net on town’s rogue traders: Officers from Kirkcaldy North Community Team and Fife Council Trading Standards joined forces recently to target rogue traders. Last week the combined team came together for a three day enforcement operation and went out on patrol in the Kirkcaldy, Kinghorn and Burntisland areas. As a result, they detected four traders working as unlicensed window cleaners.

They stopped and questioned workmen and traders to make sure they were complying with the relevant legislation. Sergeant Scott Murray from Kirkcaldy Police Station told The Press: “The focus of this operation was to bring together different practitioners to share experiences, knowledge and legislated powers to tackle criminals who are a risk to our communities.” Geoff Bates, service manager, Fife Council protective services, said: “Joint working by police and trading standards is an effective way of targeting rogue doorstep tradesmen and bogus callers. ‘‘We have also been able to advise legitimate traders on how to comply with trading laws.”

During the three day period, contractors working on private properties were approached and the majority of those questioned were found to be bona fide traders providing a professional service. However, four people were discovered operating as unlicensed window cleaners and reports are being compiled in relation to each case. Sergeant Murray said: “This may seem a trivial offence, but a potentially an un-vetted person could be peering into homes whilst cleaning windows. By ensuring cleaners are licensed, it provides some measure of re-assurance they are fit and proper people to carry out the work.”

Fife Council operates a Trusted Trader scheme which lists businesses that have agreed to trade fairly. Sergeant Murray added: “The focus of our work is keeping people safe and this operation was a great success for both the protection of the community and for the recognition of professional tradesmen.”
Posted by Karl Robinson at Thursday, May 02, 2013