Water Fed Pole? No Thanks - I Have a Wagtail! 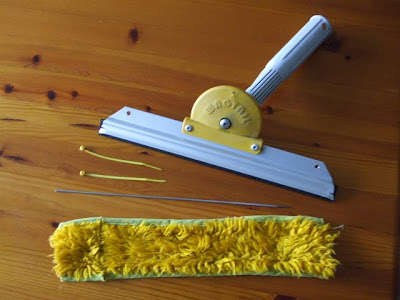 Chris Dawber from Newton Aycliffe in Durham aka "Wagga" on the UK window cleaning forums has made an art of adapting the Wagtail tools in a big way. Previously serving in the Navy for 11 years before turning to window cleaning for the last 23 years mostly domestic. In this time Chris has been using a Wagtail for about 10 years. Chris says "I prefer window cleaning, especially since I like going home for my dinner!"
Chris also adds, that although water fed pole is a great tool and of course it works, but he couldn't get on with his trolly system. "A van system is the way to go."

"However, it is hard to beat the freedom you get from a traditional system using a pole." "It's taken a lot of practice I admit, but contrary to popular belief, it is possible to achieve good results with a traditional pole & squeegee." Adding "even I could not believe it a first." Chris's round/route is very local to him and he doesn't need to travel much. He says "there was a lot of building going on around here in the 80s and 90s so its mostly modern style windows he gets to clean."
Chris also has another secret - he swears by Lidl dish washing liquid & has many converts that have taken his advise. He adds, "Good slip and few streaks." 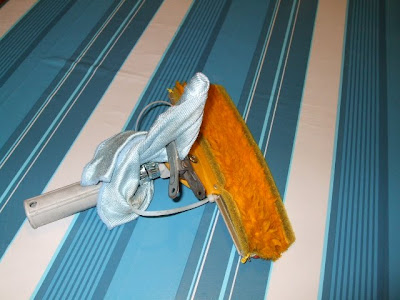 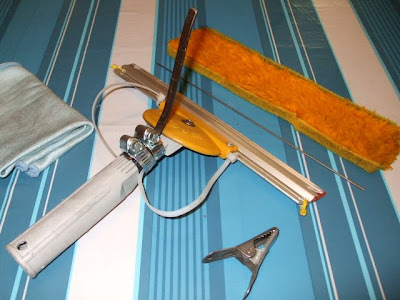 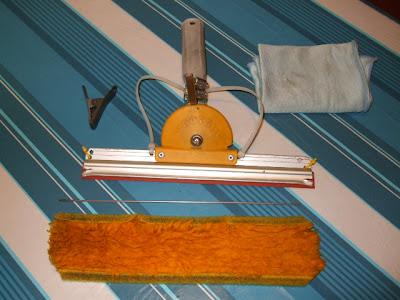 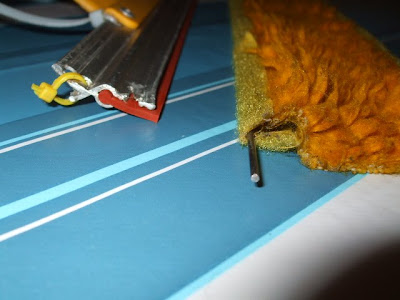 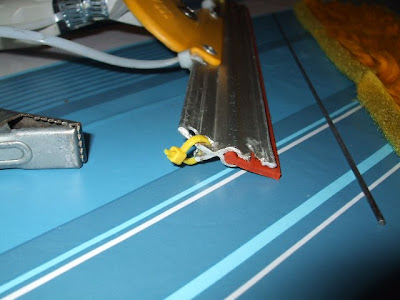 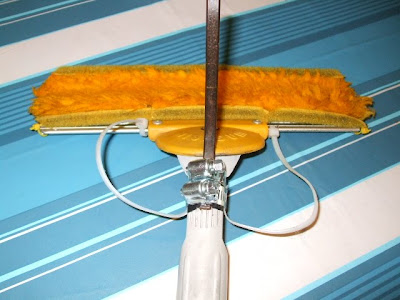 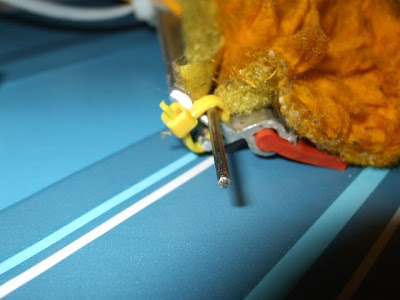 Chris does about 80-90% of his round using a pole only. With these latest developments he says "anyone could learn the techniques fairly quickly." "It took me about 7yrs to perfect my technique but then along came the Flipper version and suddenly it made all the difference."
Above are the pictures of Wagga's current modified version for pole use only. Note, the pad is on top instead of below the squeegee. "The reason being, "you can see what your doing better and it never interferes with closing out." The pictures also show the new way he attaches the pad. Chris says "it works better once you're used to it, & use un-modded wagtail for hand use. The cable ties act like springs. They allow the wagtail to swivel as normal but it centralises the blade making it much easier and more accurate to use instead of it flopping from side to side. "Works a treat on most windows." "Takes a while to learn to use it but worth the learning curve." "You will need an angle for the pole." Click the pictures to enlarge as always. Note the dog-earing!