Don't Replace — Renu! The GlassRenu Scratch Removal System is the industry’s premier solution for removing scratches and acid damage of any size and depth from all types of glass. With GlassRenu, you’ll be able to repair 75% - 95% of the glass panels you previously had to replace – in a fraction of the time and at a fraction of the cost.
Patented Dry Grinding System: Developed in the field by the company founder, GlassRenu is a patented dry grinding process that “renews” the original clarity and luster of glass by removing even the most severe damage without distortion. The GlassRenu process is unique among all other scratch removal or wet polishing systems. It’s easy to learn and easy to master. Repairs are performed quickly - without all the mess and set-up of other systems. Users on three different continents tell us that their results are so amazing, many of their customers can’t believe that the glass was repaired and not replaced. Below - before & after photos. 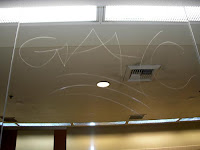 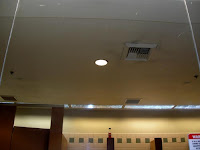 GlassRenu History: Born out of an industry need for a fast, affordable and easy-to-use process to repair glass surfaces damaged from scratches, pits, chips and acid, GlassRenu completed initial research and development of its patented Dry Grinding System and preliminary field testing of its proprietary RenuDisks in late 2006. Throughout 2007, the company expanded testing and development, resulting in the introduction of its comprehensive Contractor Grade System in the United States in June. The system was heralded as an immediate success throughout the industry and orders for systems poured in from around the country. In the Fall of 2007, the company appointed its first European Dealer and began to ship systems internationally in limited quantity. In 2008, demand for the GlassRenu Scratch Removal System continued to escalate, with the introduction of the process into a wide range of commercial, municipal and industrial applications, including: graffiti removal, construction repair, transportation & marine safety, glass & furniture manufacturing, and facility maintenance.

Does GlassRenu work on tempered glass?
Yes. The only difference between tempered and traditional glass is that it has been heat treated for strength and safety (it breaks into small pieces). GlassRenu is used extensively on tempered glass in storefronts, home windows and doors and the results are the same as with traditional glass—clarity with no visible distortion.
I’ve tried other systems with limited success. What kind of guarantee do I have that GlassRenu actually works?
GlassRenu is unlike any other commercial system on the market anywhere in the world. GlassRenu repairs scratches and acid damage, removes fabrication debris and hard water stains from all types of glass faster, cleaner and at a lower cost per repair – without distortion. We stand behind our products by offering the industry’s only Product Performance Guarantee – if your GlassRenu System doesn’t perform as promised, we’ll buy it back within the first 30 days of ownership. 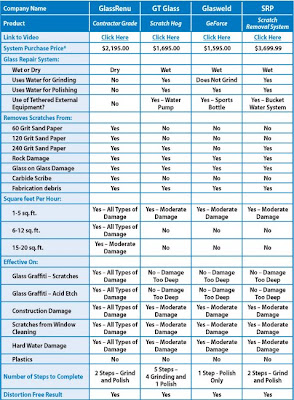