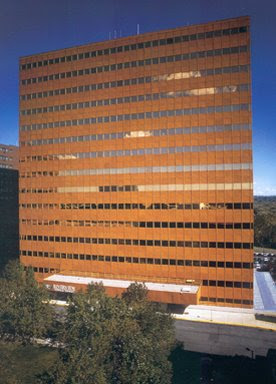 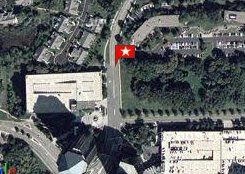 Minneapolis: A window washer fell to his death outside an office tower in Bloomington while working with his brother and their sister's fiance, a relative said today. Jacob John Jennings, 20, of Coon Rapids, fell Saturday shortly after 10:15 a.m. at the 8500 Tower, near Interstate Hwy. 494 and Normandale Boulevard, the Hennepin County medical examiner's office said this morning. Jennings died the next morning, the examiner's office said, from "multiple blunt force injuries in a fall from height." Jennings, and his brother, Randy (Duke) Jennings, and future brother-in-law Joshua Westegard were working together when Jacob fell about 25 feet and struck "some type of cement planters" head-first, said Cindy Halgren, an aunt. "They don't know how he fell or why he fell," said Halgren, explaining what the family has learned from police. "He hit those planters first, then he hit the ground," she said. " If he hadn't hit head-first, he probably could've survived."
Police said Jacob Jennings was working on the southwest apex of the building at the time. "A coworker observed him sliding down the angled window trying to grab onto something," said Deputy Chief Perry Heles. "The victim fell out of view and was later found on the ground." Several of the coworkers flagged down a police officer on routine patrol and explained what had happened. Jennings was stabilized and taken by ambulance to Hennepin County Medical Center, where he died Sunday morning. Ropes, ladders and harnesses were at the scene, Heles said, but "we don't know yet what types of safety devices he was actively utilizing." At about that time, the National Weather Service was reporting calm winds, with a partly cloudy sky and a temperature of 45 degrees. At 381 feet and 24 stories, the 21-year-old 8500 Tower is the tallest building in the Twin Cities suburbs. It is one of four buildings that comprise the 1.43 million-square-foot Normandale Lake Office Park.
The three window washers worked for City Heights Window Services of Anoka. Officials there were not immediately available to comment. The office park is managed by NorthMarq LLC. Lisa Dongoske, a senior vice president, said that her company has had a "very long, good relationship" with City Heights "without any incidents." Halgren said Jacob had worked for Citywide for about two years, and she was unaware of him having any incidents while on the job.
She said that if window washing "was not the perfect job for Jacob, nothing was. He liked heights."
Known in the family as a daredevil and a jokester, Jacob "did a backflip off the stage" during graduation ceremonies at Braham High School in 2007, Halgren said. "The kids just went nuts," she said. "The whole crowd went wild." More recently, Jacob during two graduation parties in the family "went to the top of a shed and did a backflip onto the trampoline," she said. "He wanted to make everybody a little nervous and laugh at the same time."
Posted by Karl Robinson at Tuesday, March 24, 2009