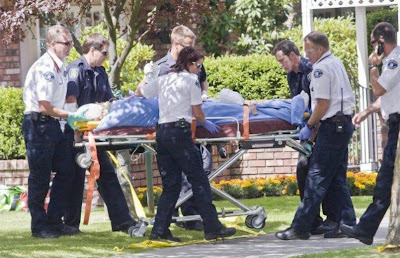 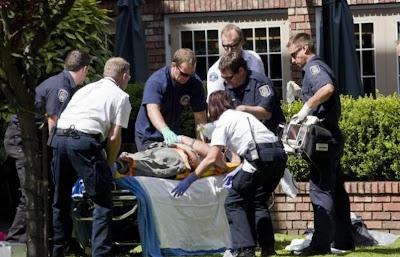 Victoria, B.C. Canada - A window washer was hospitalized Tuesday after the metal pole he was using touched a live power line. “The electricity transferred right through the rod that he was carrying,” said Victoria police Sgt. Grant Hamilton.

He said the man was on the ground and using an extension device about 10:50 a.m. to reach the top windows at the Royal Scot Hotel & Suites on Quebec Street, about half a block from the legislature. He was working for an independent contractor.

Two hotel workers in the area saw what was happening and ran to help, Hamilton said. “They dragged him out of harm’s way because the brush and the pole were still sparking, there was arcing. They immediately started CPR because he wasn’t breathing. “The quick action and quick thinking on their part could quite possibly have saved his life.”

The man, in his early 60s, was taken to Royal Jubilee Hospital, Hamilton said. At last report he was listed in critical condition in the intensive-care unit. Emergency crews responding to the incident were joined by B.C. Hydro, which shut down power. The road was blocked for about an hour. “There are several layers of review and investigation that initiate now,” Hamilton said.

Megan Johnston of WorkSafe B.C. said her agency is looking into the circumstances of what took place. She described the extender the window washer was using as a 10.5-metre-long tool that has water running through it. “It appears that he lost control of the pole and it hit a 120-volt power line that was running to a streetlight,” Johnston said. 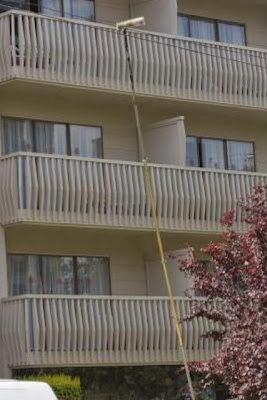 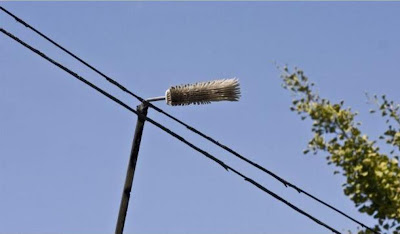 Window washer in hospital after being electrocuted on the job: A window-washer is in hospital after being electrocuted on the job Tuesday morning. Philip Howe, owner of ACME Building Maintenance, was washing the windows of the Royal Scot Hotel on Quebec Street near the Inner Harbour when his 30-foot metal window-washing wand touched electrical lines.
At this point it is unsure if he suffered cardiac arrest before losing control of the wand or if touching his wand to the electrical line caused the cardiac arrest. When firefighters arrived, a person on the scene was trying to resuscitate Howe. “We were dispatched for a medical aid for a window washer that was injured and while en-route we were told there was a possibility of wires down,” said acting Lieutenant Oscar Pohl of the Victoria Fire Department . “When we arrived we found what we perceived to be an apparent electrocution. You could see his window-washing wand had contacted the lines and he was down on the ground and people were performing CPR.”
BC Hydro was called to the scene where they de-energized the line. Howe was then taken to Royal Jubilee Hospital. “We are not too sure if it was electrocution, or if he had a heart attack and dropped his pole which made it look like it was an electrocution,” ACME manager Jean-Paul Meek said. “He is breathing in hospital by himself with the help of some devices, but he is not conscious yet.” Howe was an experienced window washer and the company has been in his family for over 46 years. 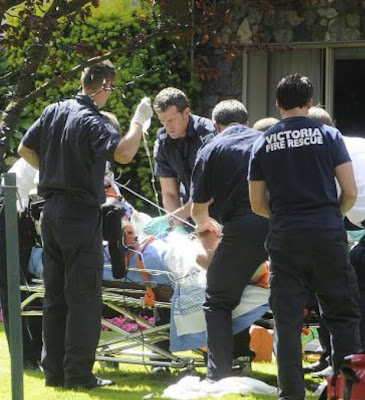