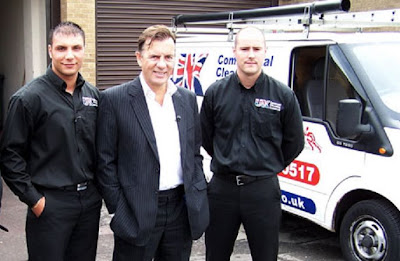 An Entrepreneur who turned his £300 window cleaning round into a million-pound empire has revealed plans for national expansion after landing £100,000 on TV’s Dragons' Den. Tony Earnshaw, 25, of Washington, will expand his industrial and commercial cleaning firm into London and Scotland with the help of TV ‘dragon’ Duncan Bannatyne, who has bought a 35% stake in the business. BBC2 viewers last night saw Tony, alongside his sales manager and long-time friend Stephen Pearsons, woo the dragons with their pitch for investment into UK Commercial Cleaning. Ultimately, despite an offer from James Caan for a 50% stake in the firm, the pair shook hands with Bannatyne who has become an adopted son of the North East through his Darlington-based leisure business.

The £100,000 investment is the latest milestone in Mr Earnshaw’s remarkable rise to success in the last five years since he left his job as a wagon driver and bought a window cleaning company for £300. As a 19-year-old, he quit his role at waste management company Biffa and proceeded to transform a window cleaning round for a handful of houses into a £6,000-a-month business in just six months. He eventually sold the company and used the funds to set up UK Commercial Cleaning, which last year generated £370,000 in revenue and is on target to make £1.5m this year. Mr Earnshaw said Bannatyne’s expertise at running a national chain, rather than his money, was the main reason why he decided to sell a bigger share in the firm than originally planned. 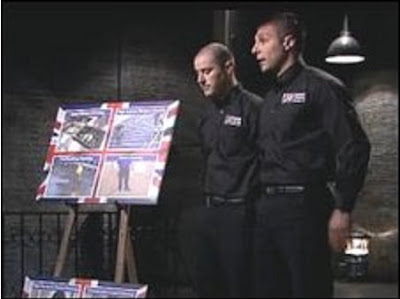 He said: “The show was quite scary and nerve-wrecking at times but I enjoyed it, although some of the questions were quite tough. We originally went for 20% but I would have probably gone up to 40%. “Duncan’s investment will allow us to complete our transition to being a fully national company. We now plan to open a London depot by January 2010 – without Duncan’s investment the move would not have been possible.” Mr Bannatyne, who has been in regular contact with Mr Earnshaw since the show was recorded earlier this year, said: “I invested in Tony because he has large ambition and reminds me of myself as a business man when I was younger. “His ambition is to be the biggest cleaning company in the UK, which I believe he is capable of achieving.” UK Commercial Cleaning now employs 30 people – a figure which Mr Earnshaw plans to double in the next couple of years – and has depots in Washington and Leeds. It will launch an office somewhere between Glasgow and Edinburgh in 2011 to service its ever-expanding list of clients which stretch as far as the north coast of Scotland.