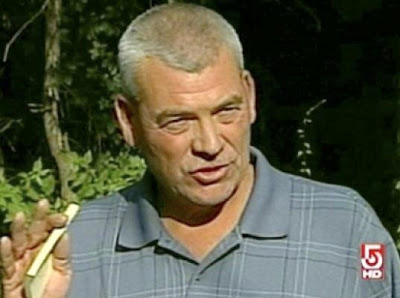 One of the cables holding a window-washing platform 37 stories above a downtown street Wednesday morning may have wedged into one of the platform’s engines, causing the engine to let go and the platform to plunge with two workers aboard, according to one official who was briefed on the initial investigation into the accident. The official, who asked for anonymity because he was not authorized to speak about the investigation, said officials are looking away from human error. “It was just a freak thing that happened,’’ the official said. That scenerio is a frightening and all-too-common occurrence with the type of permanent scaffolding that was housed at the Exchange Place building in the Financial District, said one specialist in scaffolding safety.
“They [federal authorities] have a whole code specific to powered maintenance, and it talks about these buildings, specifically,’’ said Stefan Bright, the safety director of the International Window Cleaning Association, an industry group, and the founder of a national company that consults on rigging from buildings. “My guess is, it’s not being enforced,’’ he said, “And that comes to light typically when an accident occurs.’’ However, Massachusetts does not regulate window-washing scaffolding.
Unlike other states, Massachusetts has not embraced what is known as a state plan, allowing it to enforce OSHA guidelines. Therefore, some enforcement duties have fallen into a void between state and federal authorities. Terrel Harris, a spokesman for the state Department of Public Safety, said yesterday that his office has no authority in permitting or certifying scaffolding, though it does inspect elevators and other hoisting equipment. He could not say why the state has not set up inspection regulations. Firefighters have been credited with breaking the glass of the Exchange Place tower and rescuing the two men, Kyle Redmond (pictured above) and Julio Ortiz, as the pair, who were wearing safety harnesses, hung onto a safety line in panic for some 20 minutes. The incident remains under investigation by the federal Occupational Safety and Health Administration. Ted Fitzgerald, an OSHA spokesman, said yesterday that the agency has sent two investigators to the area, but he would not comment on the investigation.
Melissa Coley - a spokeswoman for Brookfield Properties Inc., the owner of Exchange Place - said she would not comment until the investigation is completed. According to Bright, OSHA has a series of regulations governing scaffolding equipment, and officials in other states regularly inspect such equipment. But he also said some of the responsibility lies with the companies. .
The same company that ran the window-washing operations at Exchange Place, Harvard Maintenance, was fined $2,500 in Minneapolis in 2007 because of safety violations. Massachusetts has had fatal window-washing accidents before. In 2005, one window washer was killed and another was injured in Burlington when their scaffolding plunged from a four-story office complex.
In 2003, two window washers died in Boston after their rigging slipped. At his East Walpole home yesterday afternoon, Redmond thanked Boston firefighters for what he called “an amazing rescue.’’ “There was not a prettier sight to me in the world than when that axe came through the window; I just can’t get over it,’’ he told a crowd of reporters. As he desperately held on to the rigging, he recalled, “I heard the sirens. I knew they were coming. I just didn’t move and waited for them to do their job.’’Redmond, who was transported to Massachusetts General Hospital and released later that day, did not comment yesterday on his injuries. After undergoing what he described as an “unbelievable experience,’’ he felt like an “emotional wreck,’’ he said. “I’m still shaking,’’ said Redmond, who, after washing windows for the past 28 years, is not sure he will return to the job. “I’m not going over there tomorrow, I’ll tell you that much.’’ Redmond also declined to comment on the investigation but said he was offering his full cooperation. He gave OSHA a statement Wednesday and will be meeting with officials later, he said. “I’m angry,’’ he said. “I’m a little miffed over this. This isn’t over. I’ll have more to say later.’’ He did not elaborate.
Though Massachusetts does not require certification of window washers, Redmond had completed certification on his own through the International Window Cleaning Association. Bright said that Redmond had helped his consulting firm set up building riggings. It was not known yesterday if Ortiz is certified. John Ho, an engineer with the Tractel Group, the international company that manufactured the scaffold, was involved with the design and manufacturing of the scaffold at Exchange Place about five or six years ago, he said, but he did not know what caused the accident. “All of our platforms have safety systems,’’ he said, explaining that the safety harnesses are tethered to the roof. The company declined to comment further.